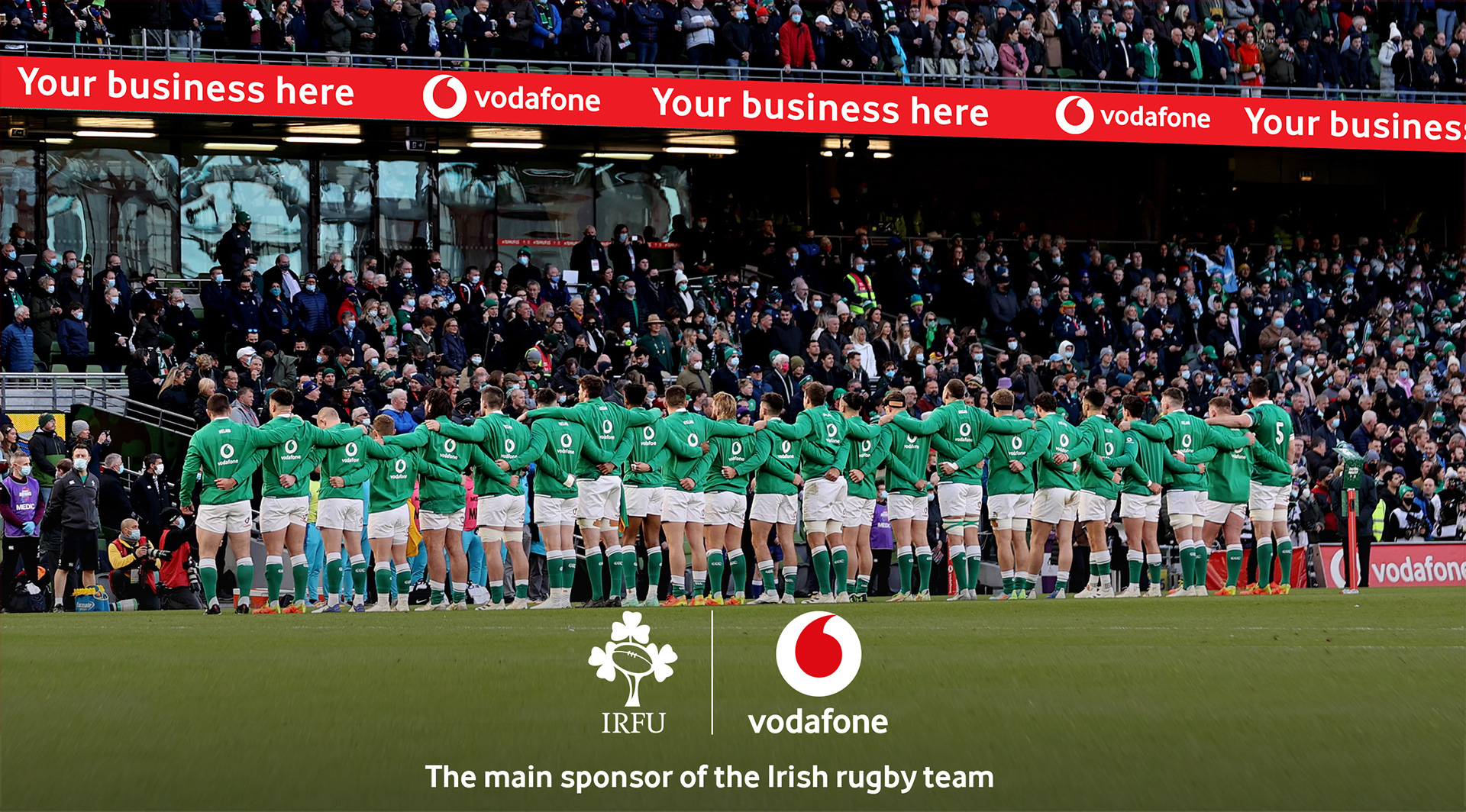 WIN: Get your business in the spotlight at the Guinness Six Nations

We're excited to announce that we're once again offering one of our valued small business customers the chance to showcase their business to over a million fans nationwide and many more watching internationally.

As partners of the Irish rugby team, we are giving away the hugely valuable opportunity for a business to have their brands advertised in the Aviva Stadium at Ireland’s Guinness Six Nations game against England on Saturday, 18th March. It’s a brilliant chance to reach thousands of fans in the stands, at home, and all around the world.

The prize has a media value of up to €100,000, and includes the cost of producing the suite of ads for the day.

Competition opens on the 23rd January and winners will be announced on the 2nd March.

To be in with a chance to win, just click below.

Except as expressly provided in these terms and conditions, all conditions, terms, warranties, and representations whether express or implied by law in relation to the provision of the Competition are excluded to the fullest extent permitted by law.

Just enter your contact details below. Please complete all fields, then submit the form.

Except as expressly provided in these terms and conditions, all conditions, terms, warranties, and representations whether express or implied by law in relation to the provision of the Competition are excluded to the fullest extent permitted by law.

Donncha and Andrew are here again for our third Team Of Us Live event. This one is our England special and is filled with guests from both sides of the Irish Sea.

Donncha and Andrew are joined again for our second Team Of Us Live event, as the lads chat to Ronan O’Gara, Josh Van Der Flier and CJ Stander ahead of our first Six Nations home game against France.

Donncha is joined by Andrew Trimble for our first Team Of Us Live show of the year ahead of Ireland’s first Six Nations fixture against Wales, with special guest appearances from Tadgh Furlong and Keith Earls.

New to Team Of Us Live? Check out some of the show highlights from the Autumn series!